How to beat Warren Buffett in the stock market 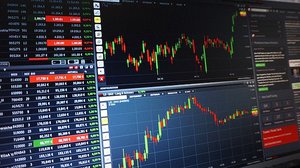 When investing for retirement or financial independence, it's tempting to get caught up in stock picking. We all want to get the best returns possible on our money and find that hidden stock that's destined to increase one hundred fold.

But is picking winning stocks the only way to ensure a comfortable retirement?

Join the newsletter to be notified of new blog posts.

Who is Warren Buffett

For those who don't know, Warren Buffet is one of the most successful investors of all time. In 2008 he became the richest man in the world (source: Forbes) and in other years consistently finds himself in the top 10.

Warren purchased his first shares in the stock market at age 11 and has since become somewhat of a celebrity in the world of investing as a result of his success spanning multiple decades.

It's generally agreed that Warren Buffet stands among the best investors on the planet.

Before we step into the investing ring with Warren, let's take a look at some interesting stats about personal savings rates.

The current average personal savings rate in the US sits at 7.8%. That means 92.2% of people's salaries are spent every year. Those stats are similar across the globe with a few countries faring slightly better but many sitting at even lower savings rates.

It's hard to tell why people generally save so little of their income. We humans as a species tend to favour short term rewards over setting and achieving long term goals. That tendency may come into play when it comes to saving for retirement.

The scary thing about only saving 7.8% of our salary is that it will take 13 years to have saved up enough money to cover 1 year of expenses.

Let that sink in for a minute.

Generally we think of retirement as some distant finish line we get to after having worked for 40-50 years at which point we hope that we have enough money saved up to live comfortably for our final years.

With the growing movement of financial independence, we're starting to learn that we can be free of needing to rely on our salaries far sooner than typical retirement age.

Financial independence doesn't necessarily mean that we stop working (although that's one option), it simply means that we no longer need to rely on a traditional salary to survive.

So how do we achieve financial independence? Do we need to beat Warren Buffet in the stock market to get there?

Not necessarily. Lets dig in...

Getting back to Warren Buffet who we've agreed is a rock star in the world of investing. Warren's long term return in the market has been 20% annually. He does this through exhaustive analysis of individual companies, industries, balance sheets and meetings with board members.

Projecting forward for the next 10 years, here's a look at his investments:

Pretty impressive results thanks to Stock Picker Sam's phenomenal 20% annual return. He's ended up with $110,248.92 by only saving 7.8% of his salary.

Projecting forward for the next 10 years, here's a look at her investments:

After 10 years, Super Saver Sally has ended up with $366,487.56 which is more than three times what Stock Picker Sam ended up with.

What's important to keep in mind is that Super Saver Sally did this while getting less than half the percentage return on her investments (8% vs 20%) and by sticking to a low maintenance, diversified index tracking ETF portfolio.

The fastest route to financial independence

If you're hoping to one day retire or be financially independent, the best way to do that is to reduce your expenses and increase your savings. Whether you invest in the stock market, property or any other passive income generator isn't important. What's important is that you save as much as possible.

Sure it would be great to combine both a high savings rate and rock star level stock picking skills, but to be honest rock stars are called that for a reason. They've dedicated their lives to stock picking and yet the majority of the "professionals" still underperform the market average. There are only a hand full of Warren Buffett's in the world.

Keep those expenses low, be thrifty, save as much as possible and let the long term market averages do their thing.